The GIANTS are back in London for the jewel in the crown of Strength Sports - The Strongman Classic! 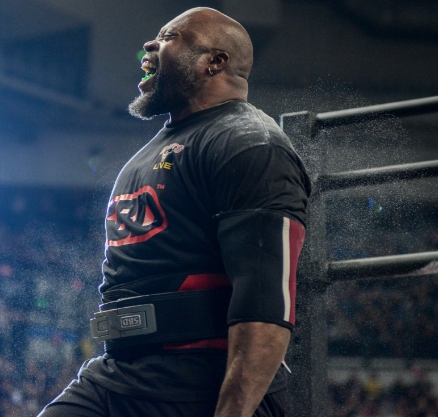 GET THE VIP TREATMENT!

Experience the THRILL of the Giants Live Arena Tour with the best seats in the house! Our VIP packages offer fans the chance to sit just inches away from the World’s Strongest Men as they lift, throw, drag and flip their way to victory!

If the nights action wasn’t enough, there’s even more for our VIP ticket-holders! Meet your heroes in our aftershow meet and greet, where all the stars of the show will be ready and waiting to sign autographs and take selfies!

Get ready to see feats of strength that would make legendary strength stars such as Louis Cyr, Apollon the Mighty and Eugen Sandow rub their eyes in disbelief as the biggest and baddest Strongmen on the planet take on 5 incredible tests of strength in the Royal Albert Hall!

Returning for the 3rd time to this historic arena, fans will treated to a show for the ages- World Records smashed, legends of strength giving it their all and the greatest fans in the world ripping the roof off the hall!

2023 is set to be another incredible event- hot off the heels of World’s Strongest Man, the Giants will be raring to prove themselves once again against the biggest and best Strongmen on the planet. Reigning Champion Oleksii Novikov will face stiff competition from all corners of the globe as the greatest Strongmen on planet earth try to claim the Strongman Classic title themselves!