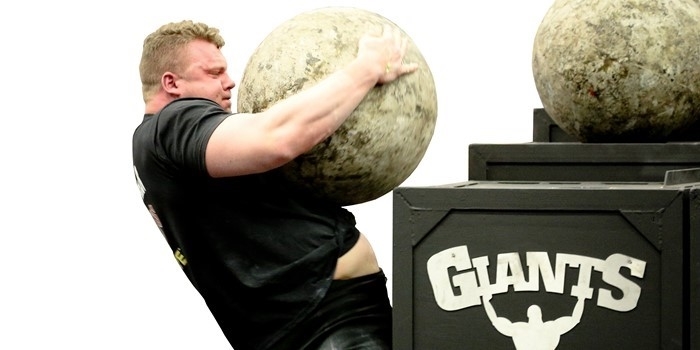 Growing up the younger brother of 4 times Scotland's Strongest Man, did Tom ever have a choice other than to become one of the strongest men in the world? Tom Stoltman burst on to the strongman scene at the tender age of 22 with his debut World's Strongest Man appearance and is hotly tipped by Strongman royalty like Eddie Hall and Laurence Shahlaei as a future star of Strongman.

"The only lad that I can see that is capable, from Britain, to become The World's Strongest Man is Tom Stoltman. The guy has got the nature, he's got the genetics. He's tall, he's got a great frame and he's only young." - Eddie Hall

Unlike other sports, becoming a world class Strongman takes years of dedication and hard work. Tom has yet to realise his full potential in competition, finishing 7th at the Giants Live World's Strongest Man Tour Final 2018.

Still, with the likes of Mark Felix at 52 years young still mixing it with the best in the world, Tom Stoltman is a name you'll be hearing for many years to come.