When most people think of World’s Strongest Man winners, they invariably imagine a Viking beserker or one of several Eastern European winners. A giant American perhaps, with deltoids the size of Denver?

One might be forgiven for overlooking the exploits of the “plucky Brits” who have actually had more than their share of success at the sport’s most important contest.

Eddie “The Beast” Hall, and most recently Tom Stoltman’s wins at World’s Strongest Man are still fresh in the memory of British strength fans, but the UK has produced 6 World titles over the years, with only Iceland and America exceeding Blighty’s medal count.

How many British men have won World’s Strongest Man?

Five British men have won the World’s Strongest Man title. Most recently, in 2021 Tom Stoltman of Scotland topped the podium. In 2017, Stoke’s Eddie Hall placed 1st in the final. Welshman, Gary Taylor lifted the trophy in 1993 and England’s Jamie Reeves was a winner in 1989. Geoff Capes of England is the only multiple winner of the title, securing victories in 1983 and 1985. 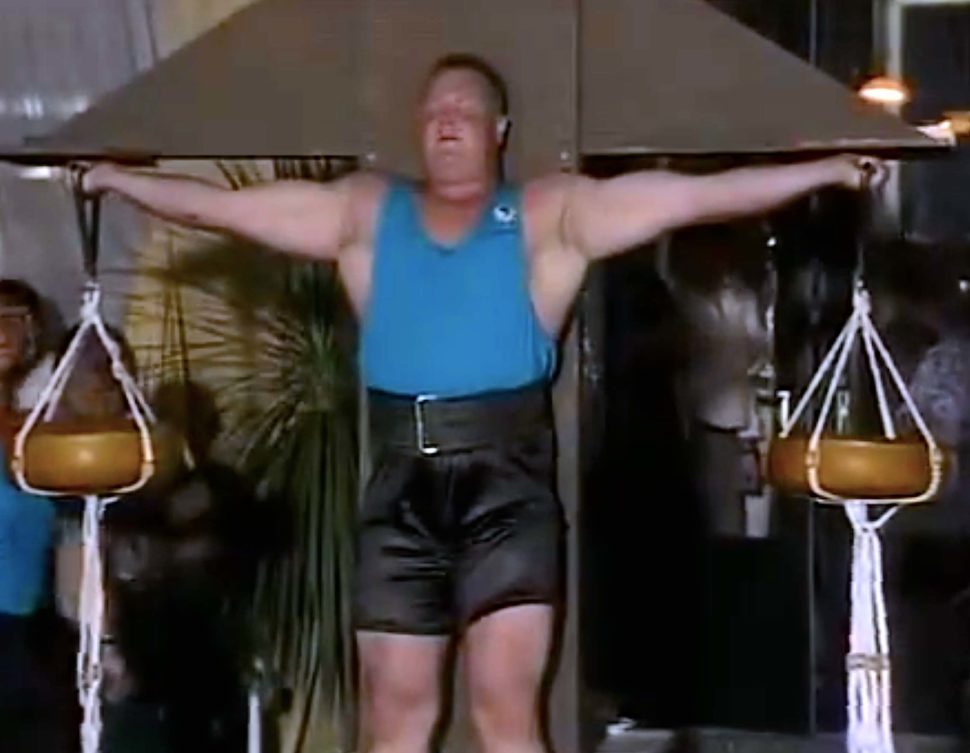 Who is the most successful British strongman at World’s Strongest Man?

England’s Terry Hollands is undoubtedly one of the most consistent performers at World’s Strongest Man, reaching the final on no less than 9 occasions consecutively, between 2006 and 2014, and taking 3rd place twice in 2007 and 2011.

If longevity is considered to be a factor in defining success, then look no further than England’s Mark Felix. 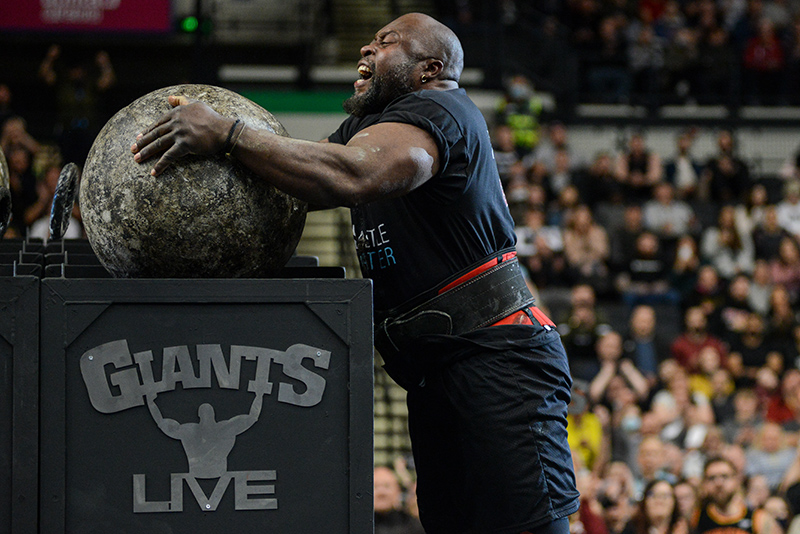 Mark Felix has qualified for the World’s Strongest Man contest a total of 14 times consecutively, from his debut in 2007, right up to the most recent contest in 2021. What makes this fact even more remarkable is that Mark was 41 when he made his debut and was 55 in his latest appearance!

Of course, to state that Geoff Capes has been a more successful strongman at World’s Strongest Man than, say, Eddie Hall is one thing, but who was the stronger man?

Comparing eras is always fraught with danger and even comparing results against peers can be misleading as the modern sport of strongman is undoubtedly far more competitive than it was back in the late 70’s and early to mid-80’s.

Some would argue that Eddie Hall’s 500kg deadlift record ranks him ahead of all other Brits in terms of pure strength.

Who is the strongest British Man in history?

Who was the first British man to win World’s Strongest Man? 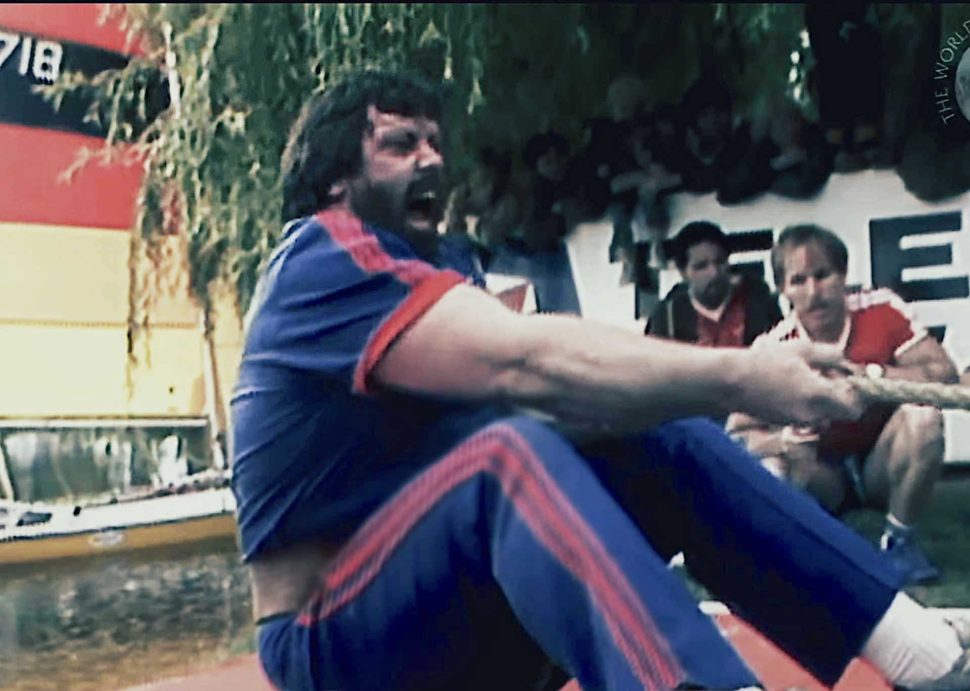 Capes had finished second the previous year, at Magic Mountain, California to Bill Kazmaier and third in 1980 behind Lars Hedlund of Sweden, with the mighty American, Kazmaier, in first place. Capes never defeated Kazmiaer in a World’s Strongest Man final but got the better of Sigmarsson for a second time in 1985, in Cascais, Partugal, to claim his second title.

How good an athlete was Geoff Capes?

Strongman was not Capes’ first sporting vocation. Long before he loomed onto the British public’s TV screens hefting atlas stones and barrels, he had enjoyed a highly successful career in athletics, putting the shot for Great Britain and England.

Capes was twice an Olympian, something very few international strongmen can boast. He was 6th at the 1976 Olympics in Montreal and 5th in Moscow in 1980. Twice Commonwealth gold medallist, Geoff also won the European Indoor title in 1974 and 1976.

Incredibly, the same year he made his debut at World’s Strongest Man, in 1980, he established a British Record in the shot of 21.68m which was to stand for over twenty years, demonstrating his tremendous versatility.

Perhaps even more remarkably, while Capes was racking-up WSM titles and podium finishes, he found time to win 6 World Highland Games titles between 1981 and 1986. In fact, he is Highland Games’ most prolific world champion.

Who is the shortest person to win the World’s Strongest Man? 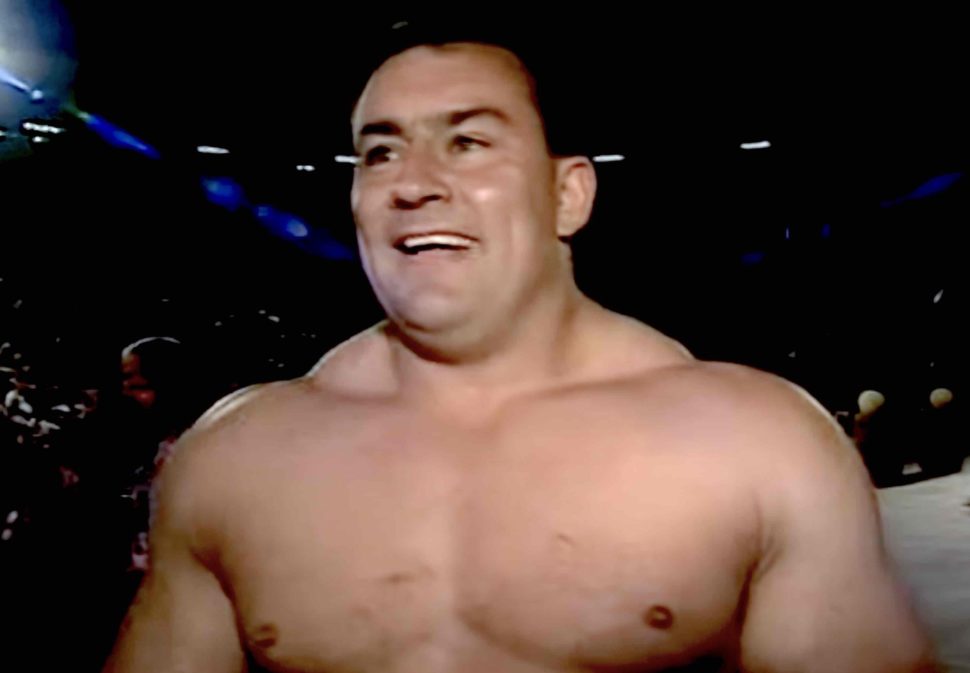 Wales’ most successful strongman, like Geoff Capes before him, is one of a rare breed of athletes who combined strongman with Olympic representation. Taylor won a silver medal at the 1984 Los Angeles Olympics. He competed in the under 110kg category and won his medal in the snatch.

Who is the most recent British World’s Strongest Man winner? 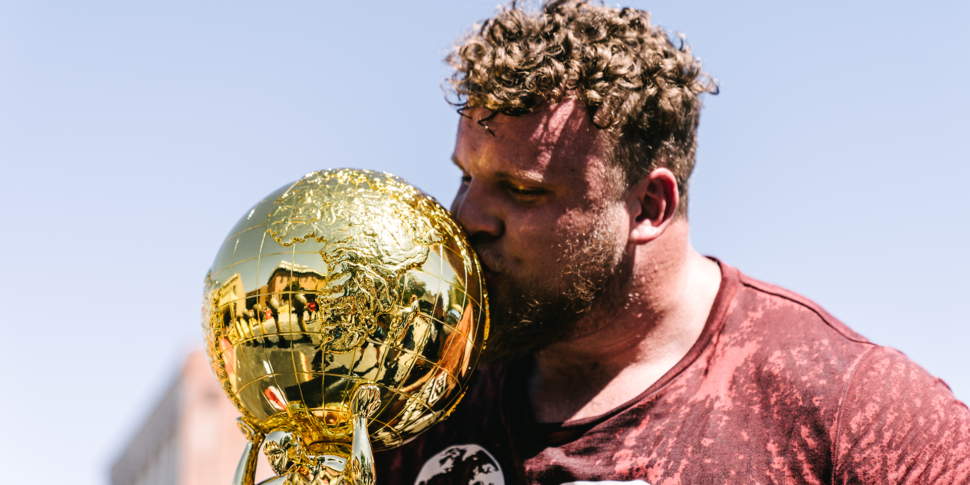 At just 27 years old, which is considered young in a sport where performers take decades to gradually build their strength, there could be plenty more success to come for the younger of the Stoltman brothers. Perhaps he will exceed Capes’ brace of WSM titles?

Who was the last British man to win World’s Strongest Man?

Which British Strongman has attended the most World’s Strongest Man contests?

England’s Mark Felix has attended the World’s Strongest Man competition 14 times, consecutively, but he is not Britain’s most prolific performer at the sports’ blue ribband event. Terry Holland has attended the most WSM contests – 15 in all, from 2005 to 2021, where he announced his retirement from the sport.

What was the biggest gap between British WSM titles?

In 2017, England’s Eddie Hall, from Stoke, put an end to Britain’s longest period without a win at the World’s Strongest Man contest. In the heat of Gaborone, Botswana, “The Beast,” a former British teenage swimming champion, became the first UK strongman to win the sport’s most coveted crown for 24 years, since Wales’ Gary Taylor lifted the winner’s trophy in Orange, France in 1993.

Terry Hollands of Dartford, England ended Britain’s 14-year podium drought in 2007, when he placed 3rd at the World’s Strongest Man in Anaheim, California. Prior to that, the most recent podium finish was Gary Taylor’s 1993 victory.

Where is Britain on the all-time medal table at World’s Strongest Man?

The United Kingdom is placed 3rd in the nations medal table for the World’s Strongest Man contest, behind USA and Iceland. American strongmen have secured a total of 12, 1st place finishes with 30 total podium places. In second place is Iceland, with 9 WSM titles and 21 podium finishes. The UK has won 6 gold medals and 17 total medals. 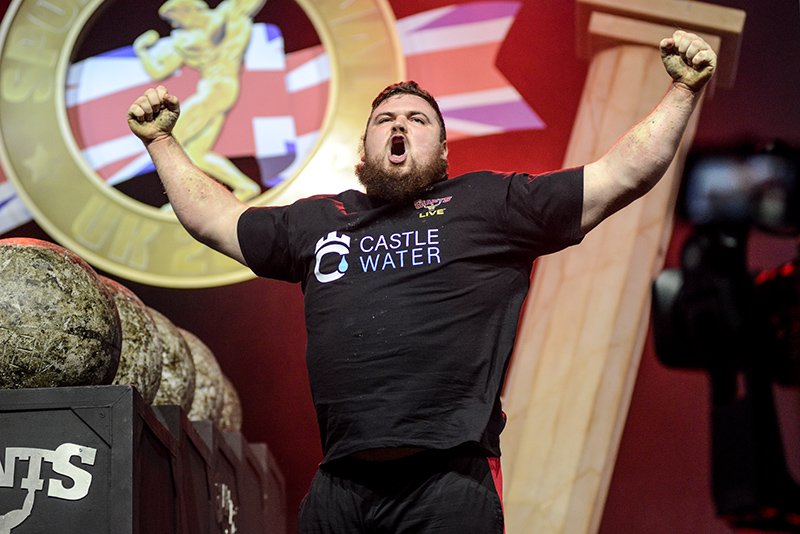 What country has the most World’s Strongest Man titles?

The USA has won more World’s Strongest Man titles than any other nation with 12 winning performances. 4 of these titles have come from Brian Shaw, the Colorado Colossus, who is America’s most prolific winner.

The single athlete with the most wins is Poland’s Mariusz Pudzianowski, who has won the title 5 times, a feat no other strongman has accomplished.

What is the most successful nation at World’s Strongest Man?

The USA is the most successful country competing at World’s Strongest Man, with American Strongmen claiming 12 wins and 30 podium finishes.

Per Capita, Iceland is the most successful nation at World’s Strongest Man, securing 9 wins and 21 podium finishes with a current population of just 370,000, compared to America’s 333 million.

Iceland have won 1 WSM title for approximately every 41,000 inhabitants. The USA have claimed 1 title for every 28 million people.