The battle for the last title of the year: Britain’s Strongest Man

The Steel City was the perfect battleground for five trials of strength to test the Giant’s ‘metal’ and decide: who is Britain’s Strongest Man? 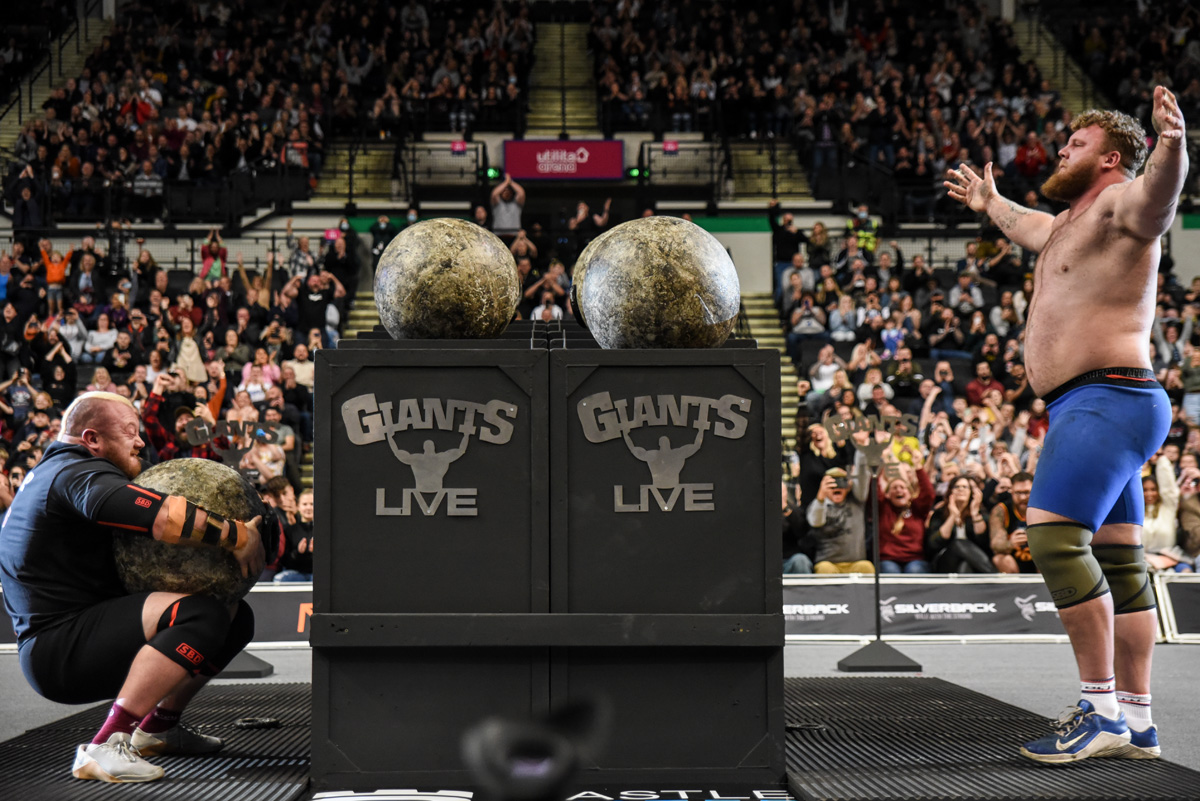 Athletes included the reigning Britain’s Strongest Man, Adam Bishop, intent on defending his title; 2019 champ, Graham Hicks – on a mission to claim it back; and the big, beautiful and self-proclaimed spicy Stoltman brothers who have between them hoovered up arguably the biggest three titles in the sport this year. 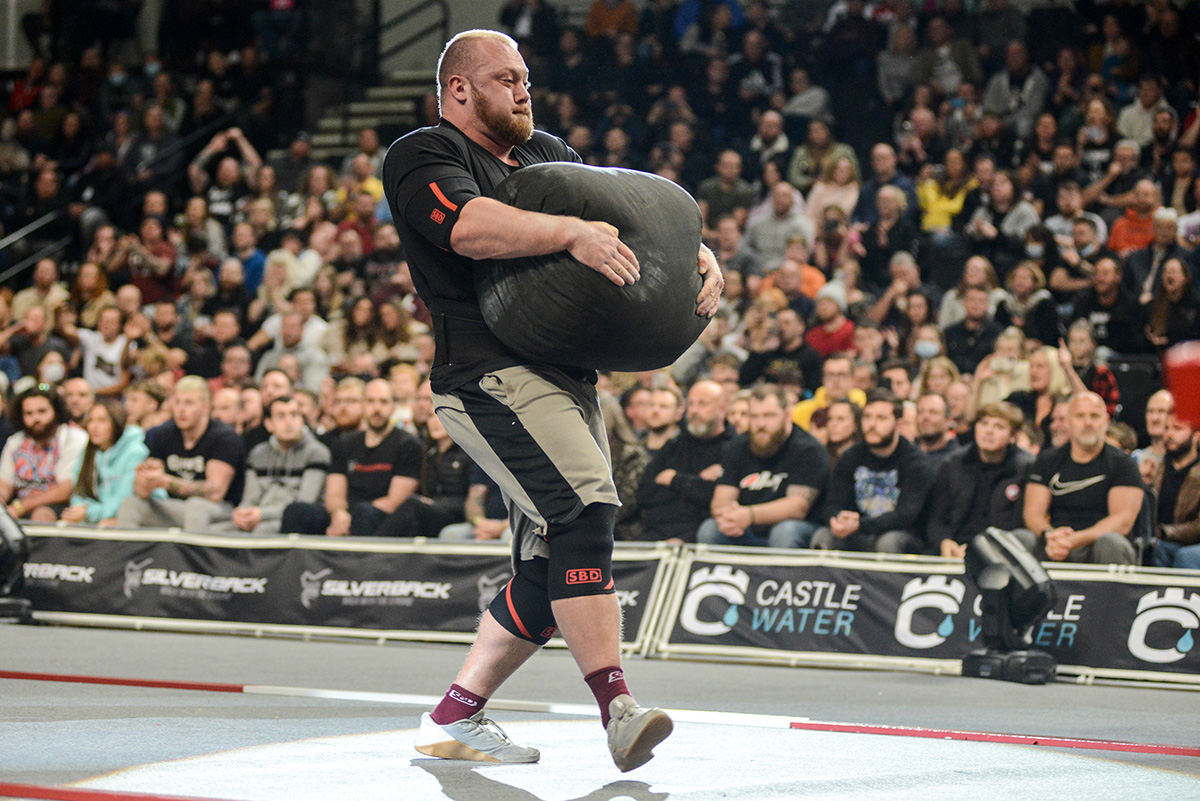 They were joined by the ‘miracle man’ Mark Felix, who is a jaw-dropping 55 years-old and still competing with the best in the world; Ireland’s Pa O’Dwyer; local lad Paul Smith; Scot Andy Black and two newcomers to the Giants Live Stage – England’s Strongest Man, Shane Flowers and Wales’ Desmond Gahan. 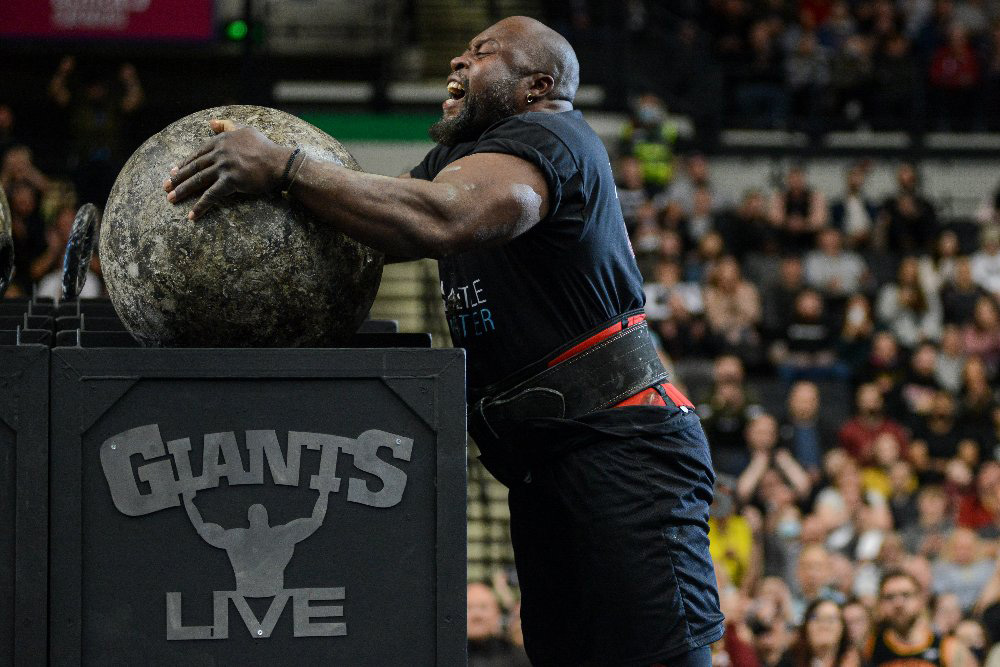 With such a high-level field of athletes, each one hungry for the title and ready to leave it all out on the floor for one final competition of the season - it certainly made for a truly epic showdown. The biggest and best Britain’s Strongest Man comp we’ve ever seen!

The full show is still available to watch ON DEMAND on Facebook! 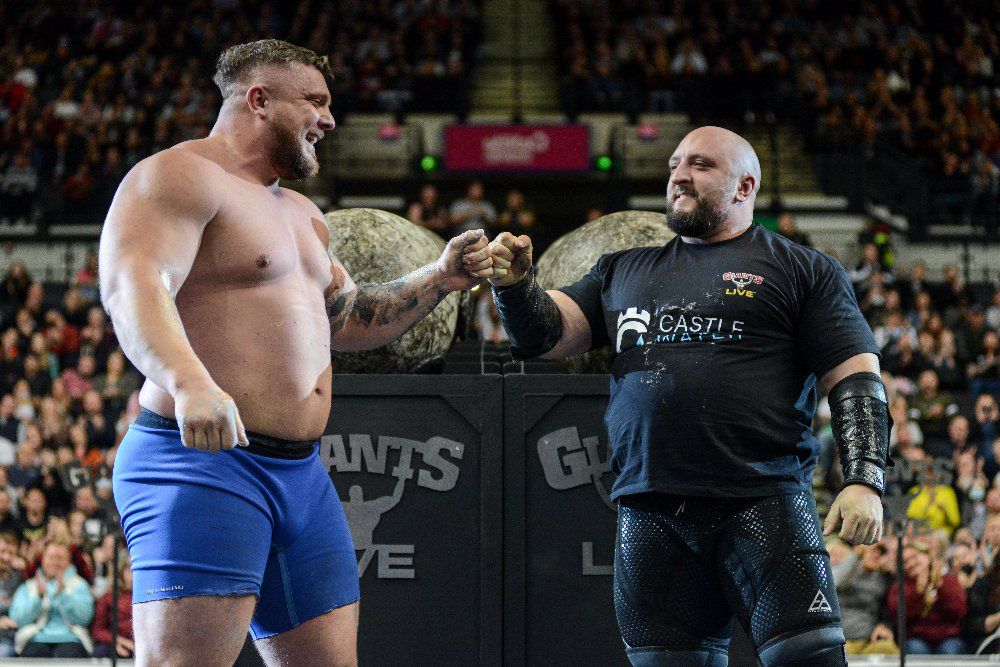 The first of 5 challenges was a Dumbbell Medley. Five giant dumbbells pressed overhead one by one – each dumbbell increasing in weight from 80kg to 120kg. That was followed by a 400kg Yoke race, a 350kg Axle Deadlift for Reps, a super speedy loading race with anchors, barrels and tyres and, of course, the Castle Stones. 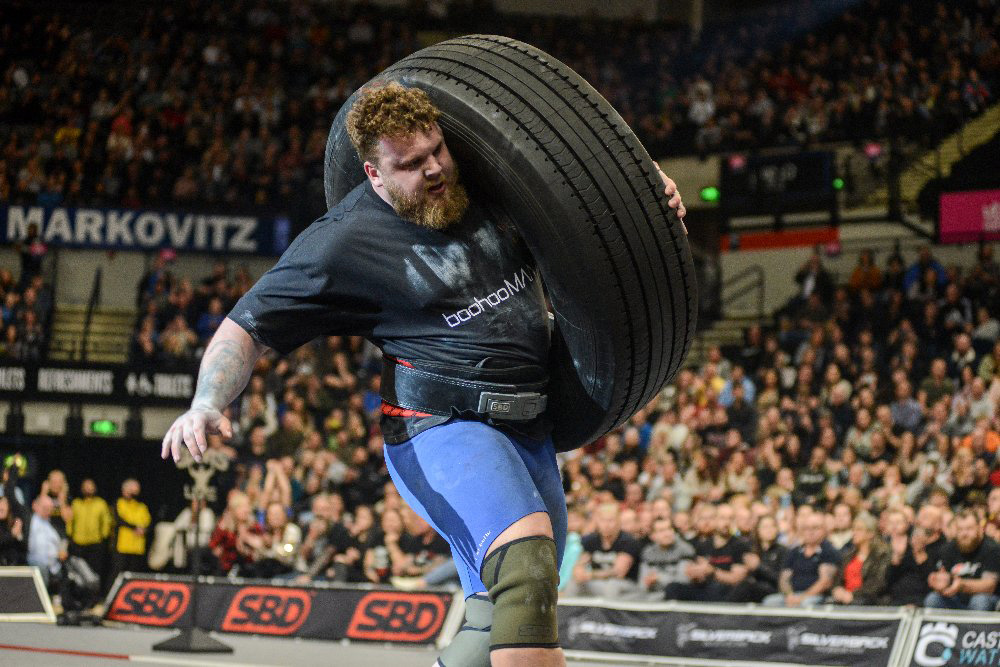 Big Tom Stoltman took the win with 46 points- the first Scotsman to win Britain’s Strongest Man in 26 years! It was a heartfelt moment for the Stoltman family as they ended the competition season with World’s, Europe’s and Britain’s Strongest Man titles between them. Adam Bishop came in second place with 40 points, followed by Graham Hicks in third with 36 points. 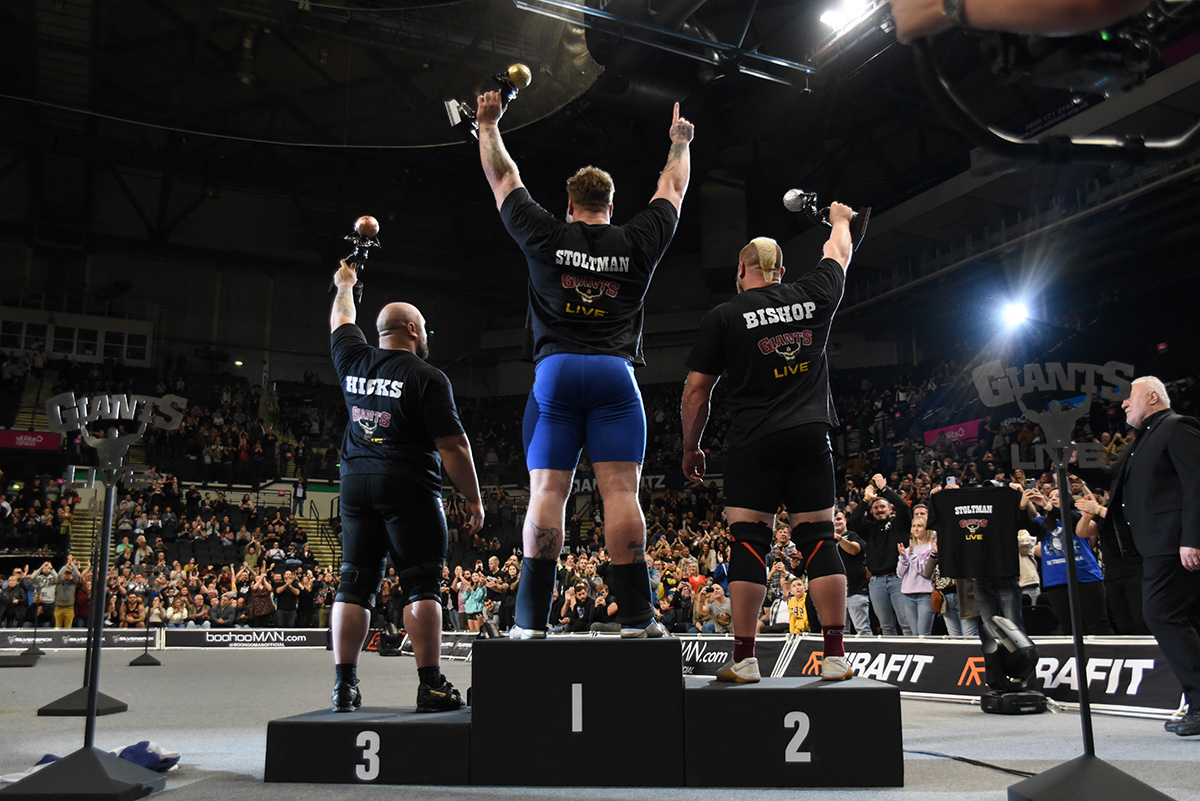 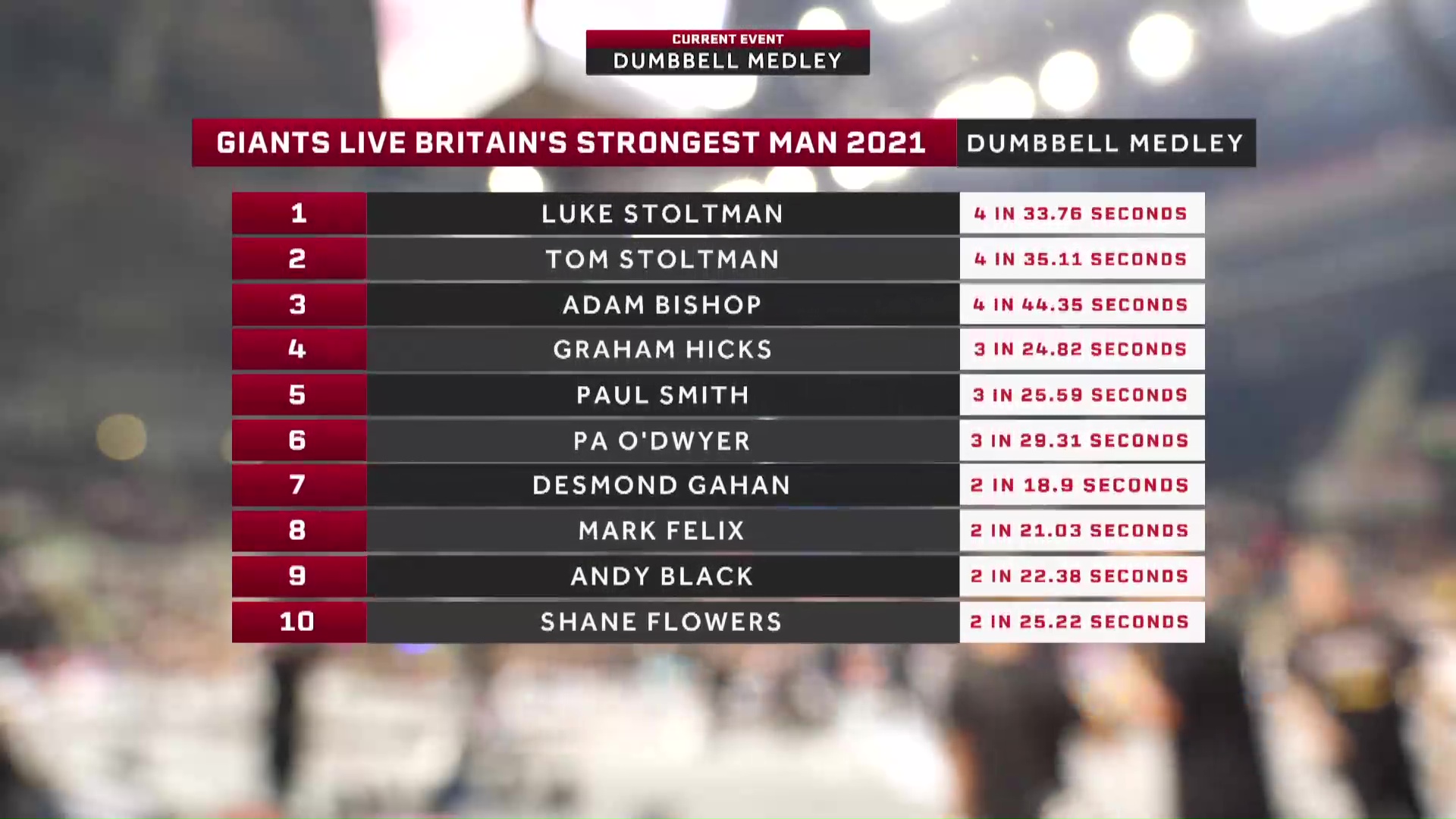 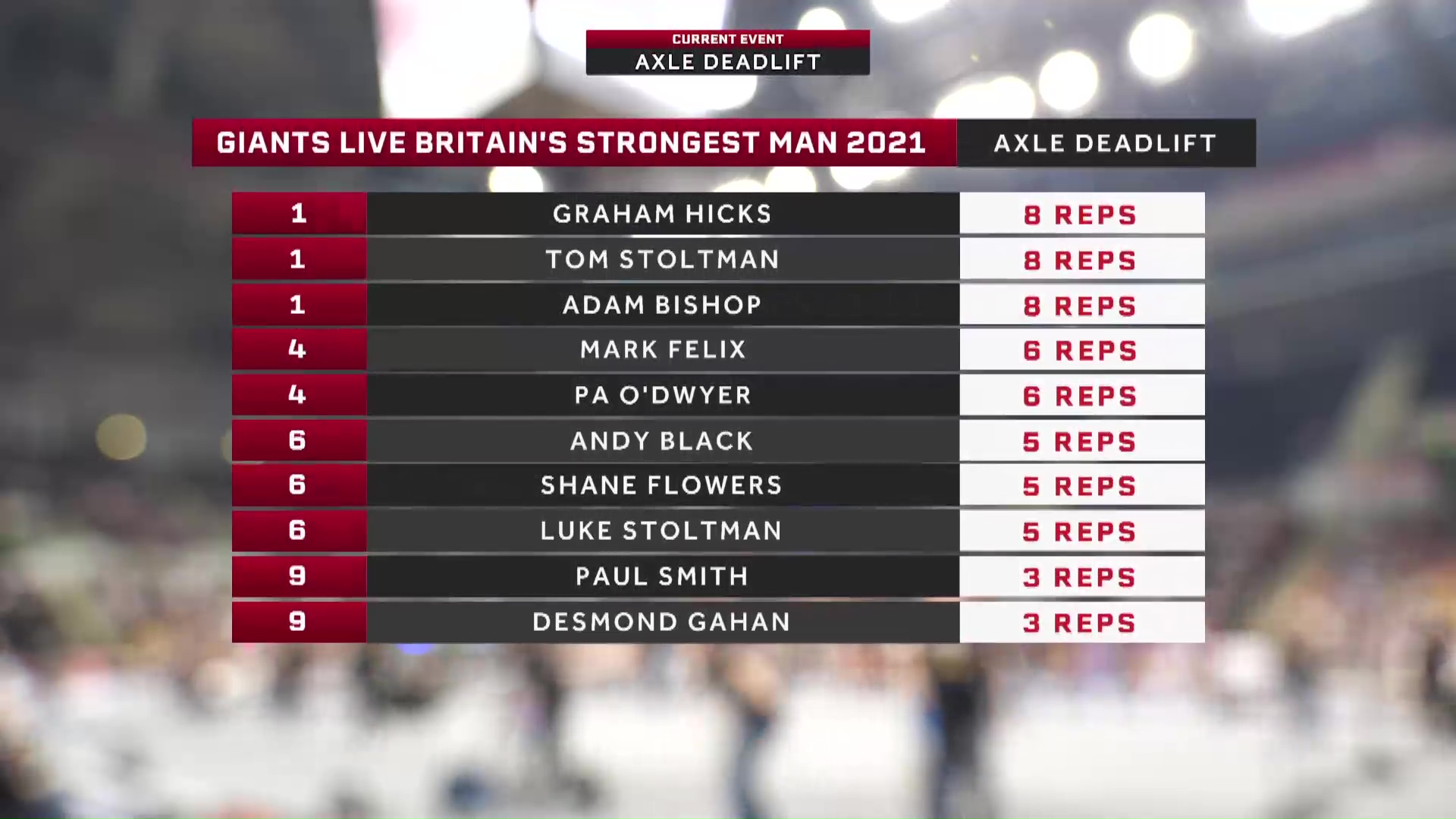 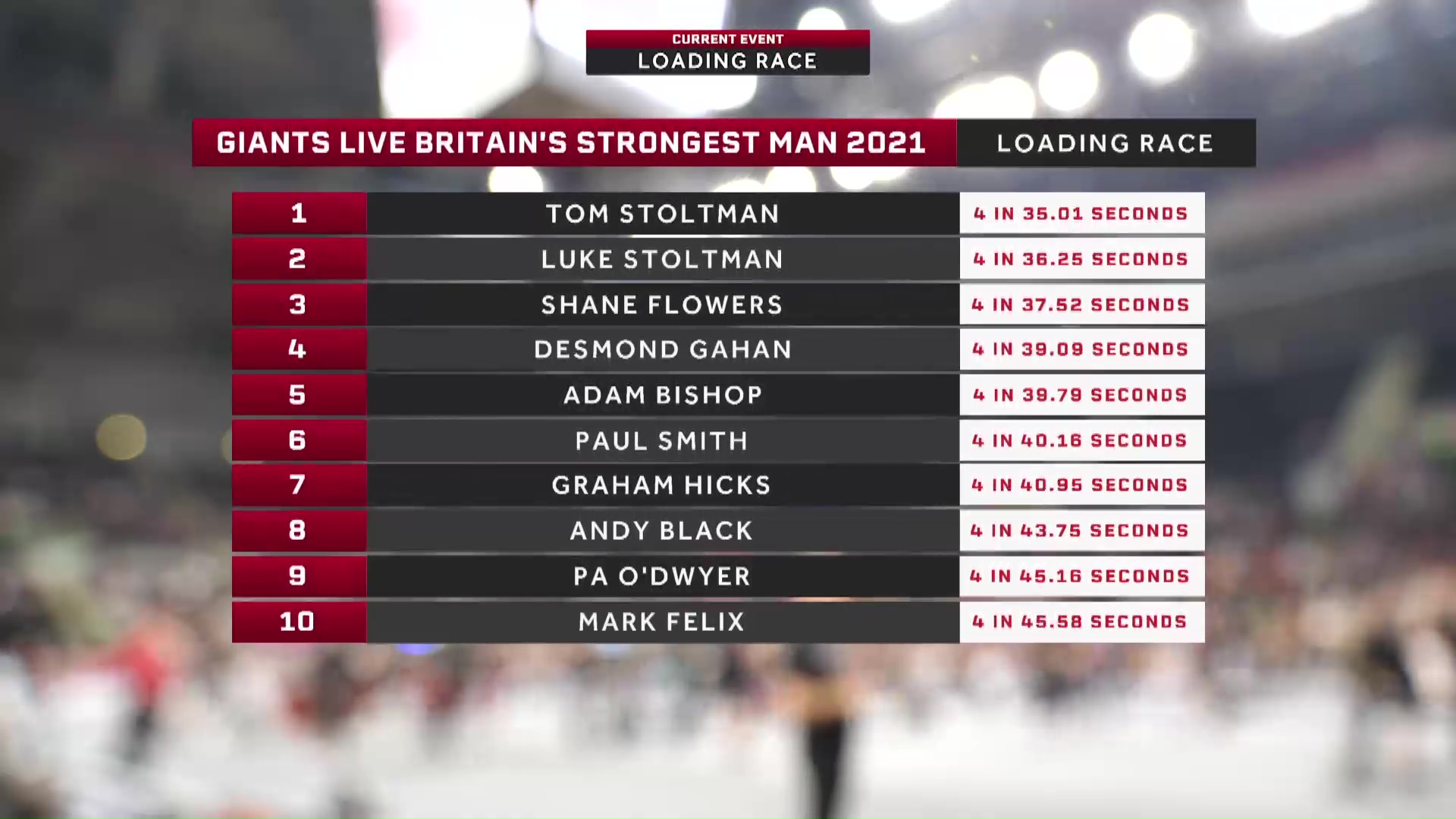 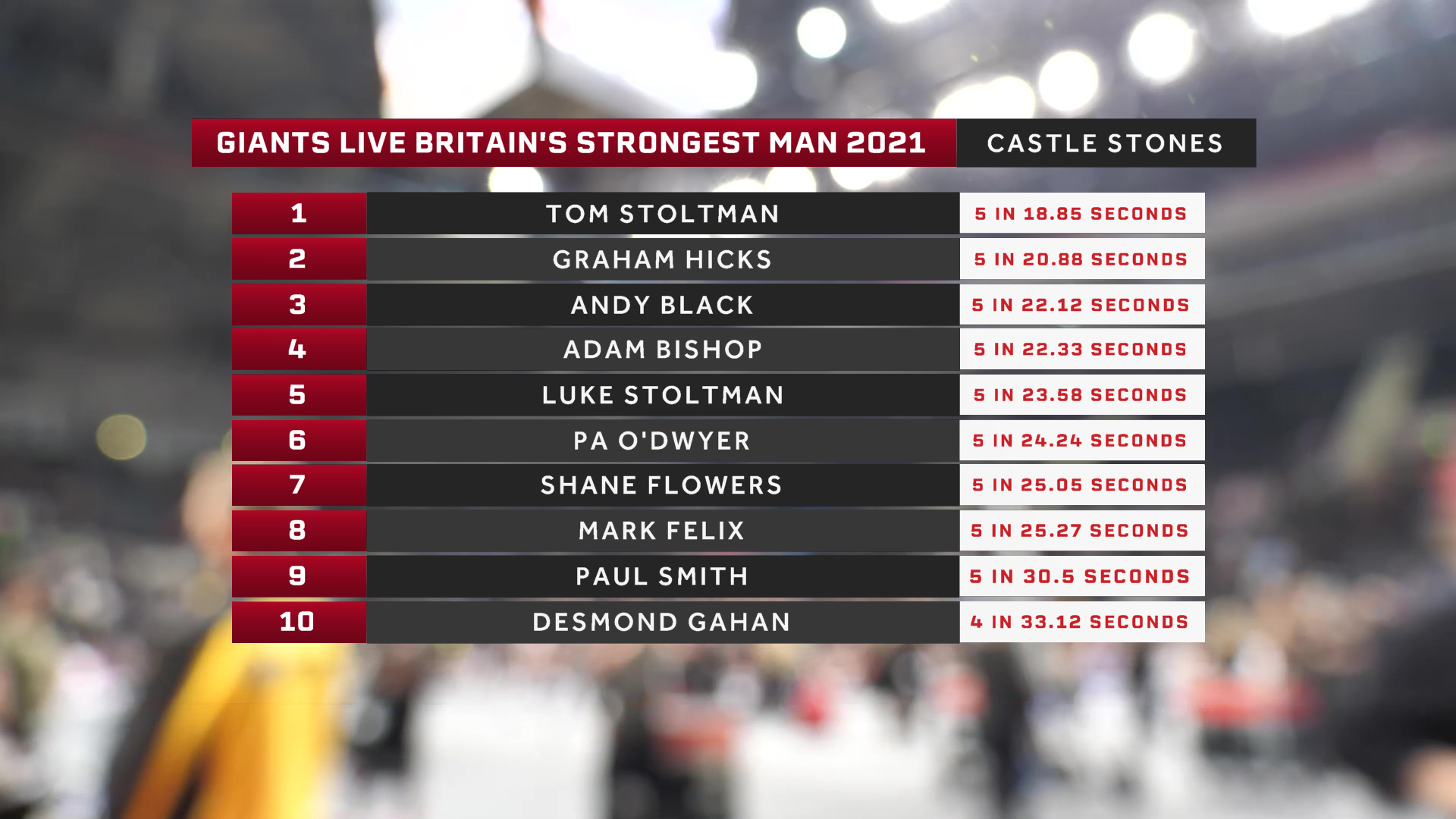 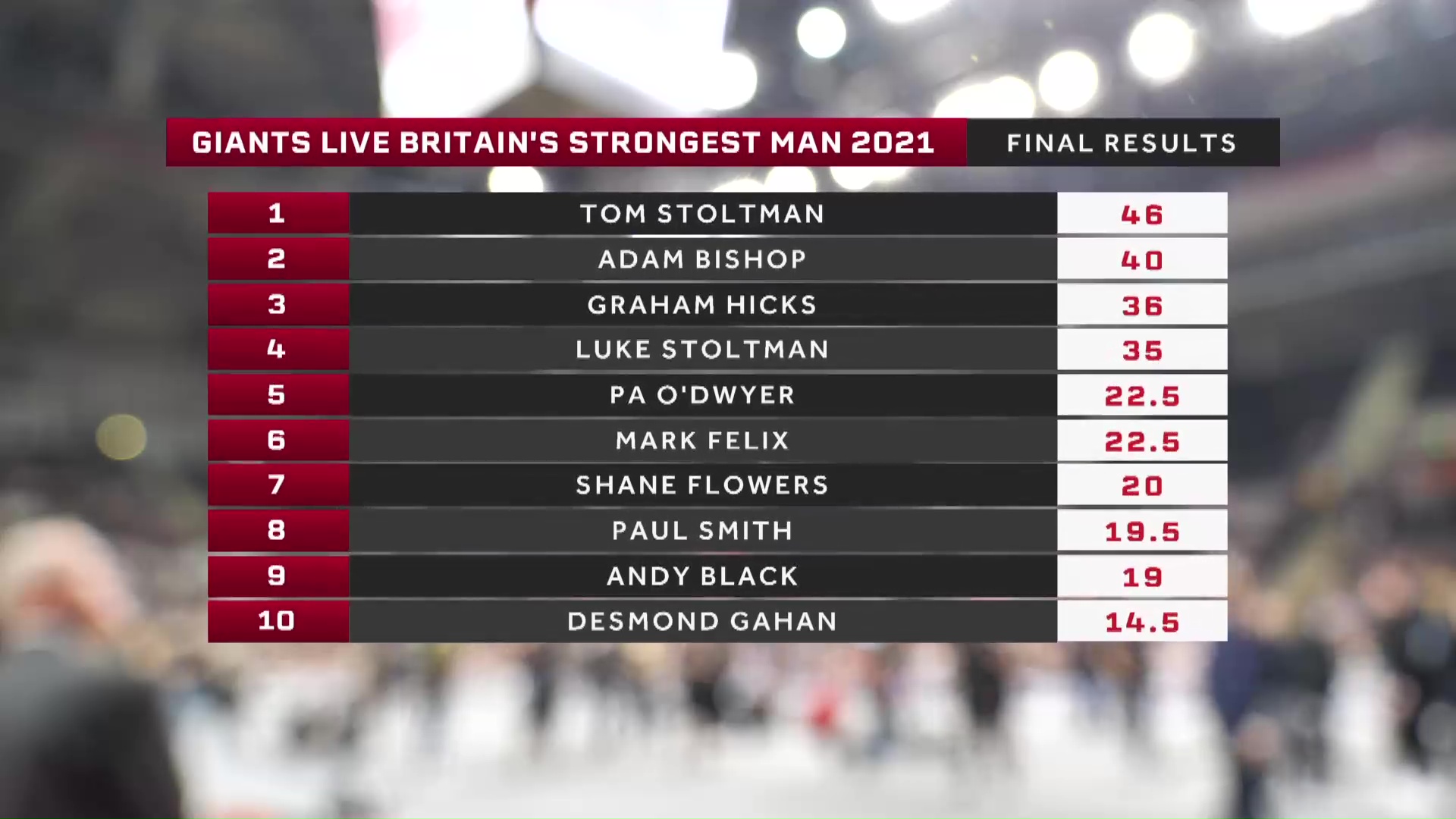