Over the weekend of 1st October 2021, no less than 80,000 people made the journey to the NEC, Birmingham, with one shared passion: strength and fitness!

The Giants Live Arnold Strongman UK show was the climactic conclusion of that epic festival; celebrating all that is inspirational and everything we love about sports and strength - the first ever Arnold Sports Festival in the UK.

Is there a better way to showcase the inspirational impact of sport than strongman – a sport in which the athletes push the very boundaries of human possibility? We think not!

With 5 trials of strength and 10 of the World’s Strongest Men lined up to fight for the title, it was certainly a grand finale to remember – in true Giants Live style!

The competition kicked off with the iconic Hercules Hold - a grip strength challenge with a truly biblical set up. All eyes were on 55 year old Mark Felix for this one as the current record holder in this event. His previous record time standing at 1 minute 32 seconds.

Event 2 was a heavy frame carry – just like the original Arnold contest – where the athletes had to race the 400kg wooden frames across the stage, followed by a 360kg Axle Deadlift for reps, a classic (100kg!) Dumbbell for Reps and the Castle Stones (weighing 100 to 180kg).

There is no doubt that events of this scale push our giant athletes to the extreme; that’s the sport of strongman. But after their incredible performance in Scotland just a few weeks ago, it was too much for the Stoltman brothers who both pulled out after the first event with injury concerns.

That left the field wide open and it was a close and gripping battle right to the stones.

Going into the final event, it was Ukraine’s Oleksii Novikov in the lead, just 2 points ahead, but USA’s Evan Singleton smashed his stone run against Novikov, tying both Giants on 42 points. Following World’s Strongest Man countback rules, it was the T-Rex Evan Singleton who took the win thanks to his speedy 19.44 second stone run, beating Novikov’s time of 20.55 seconds.

His first time competing in the UK, USA’s Trey Mitchell took the third place spot with 36.5 points, also winning on count back after being tied with Canada’s JF Caron on points.

Wow! What a battle!

It’s been a hell of a year for the T-Rex Evan Singleton! Here’s the moment he became the first Giants Live Arnold Strongman UK Champion

The full show is still available to watch now on Facebook! 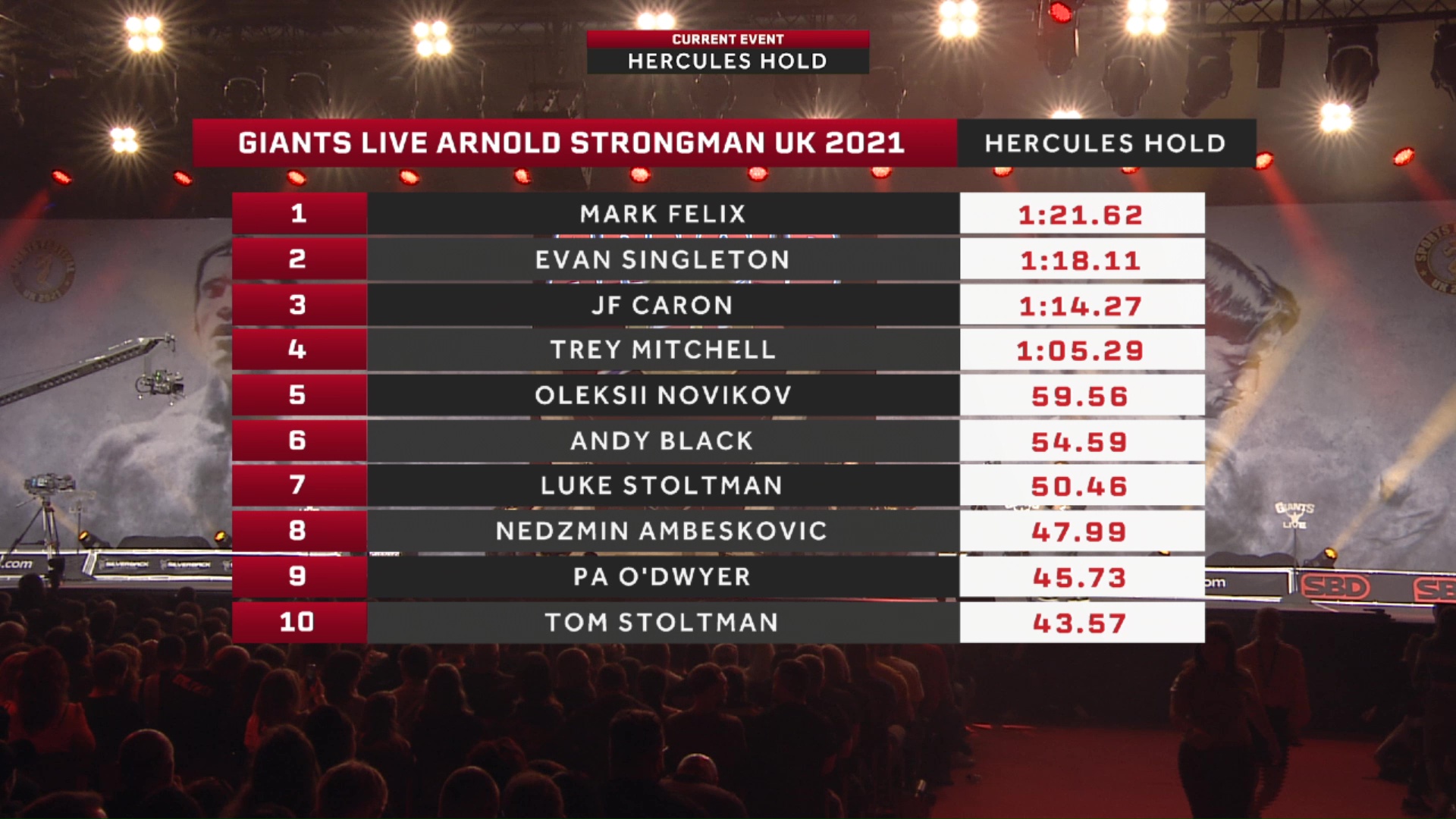 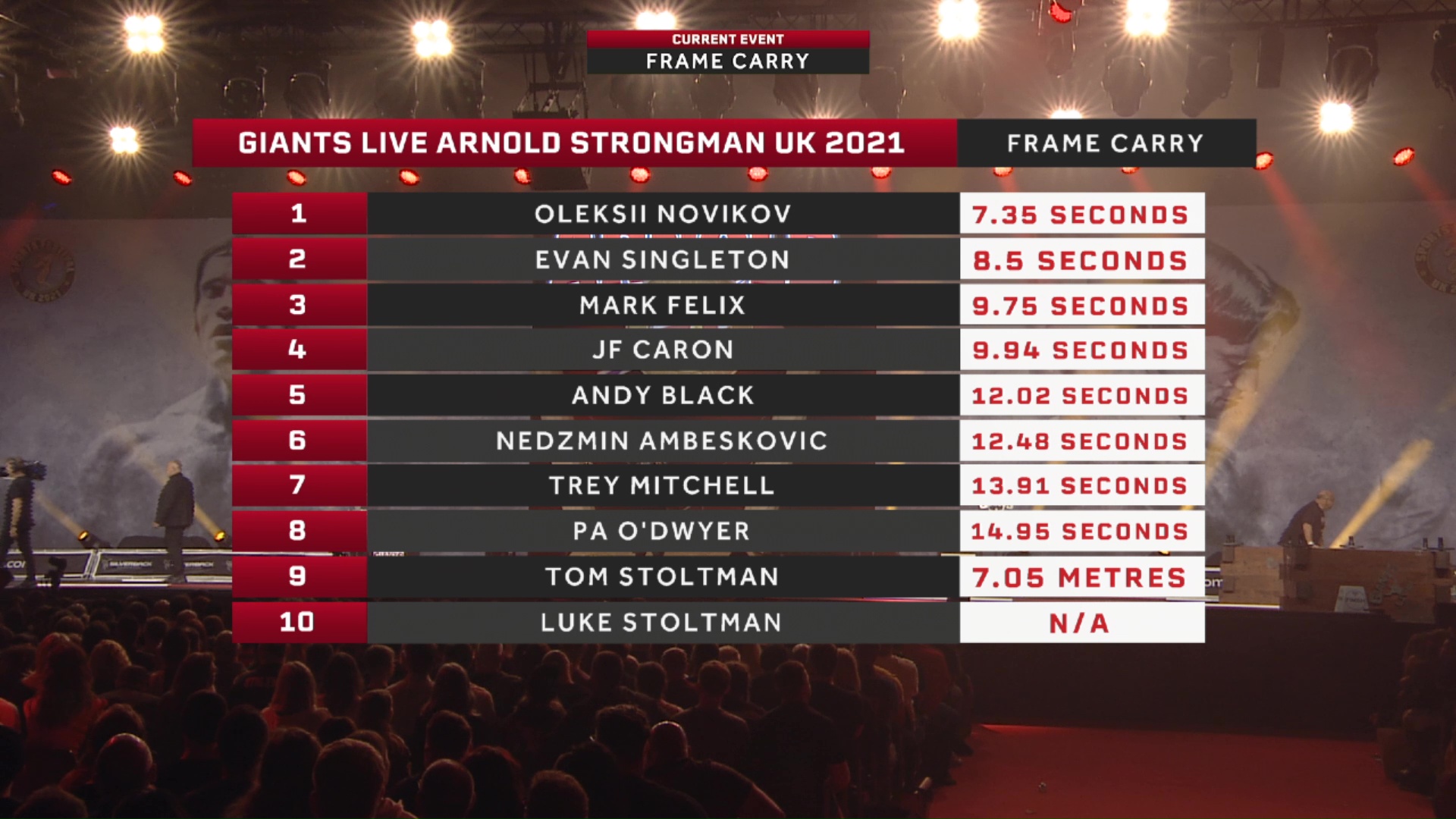 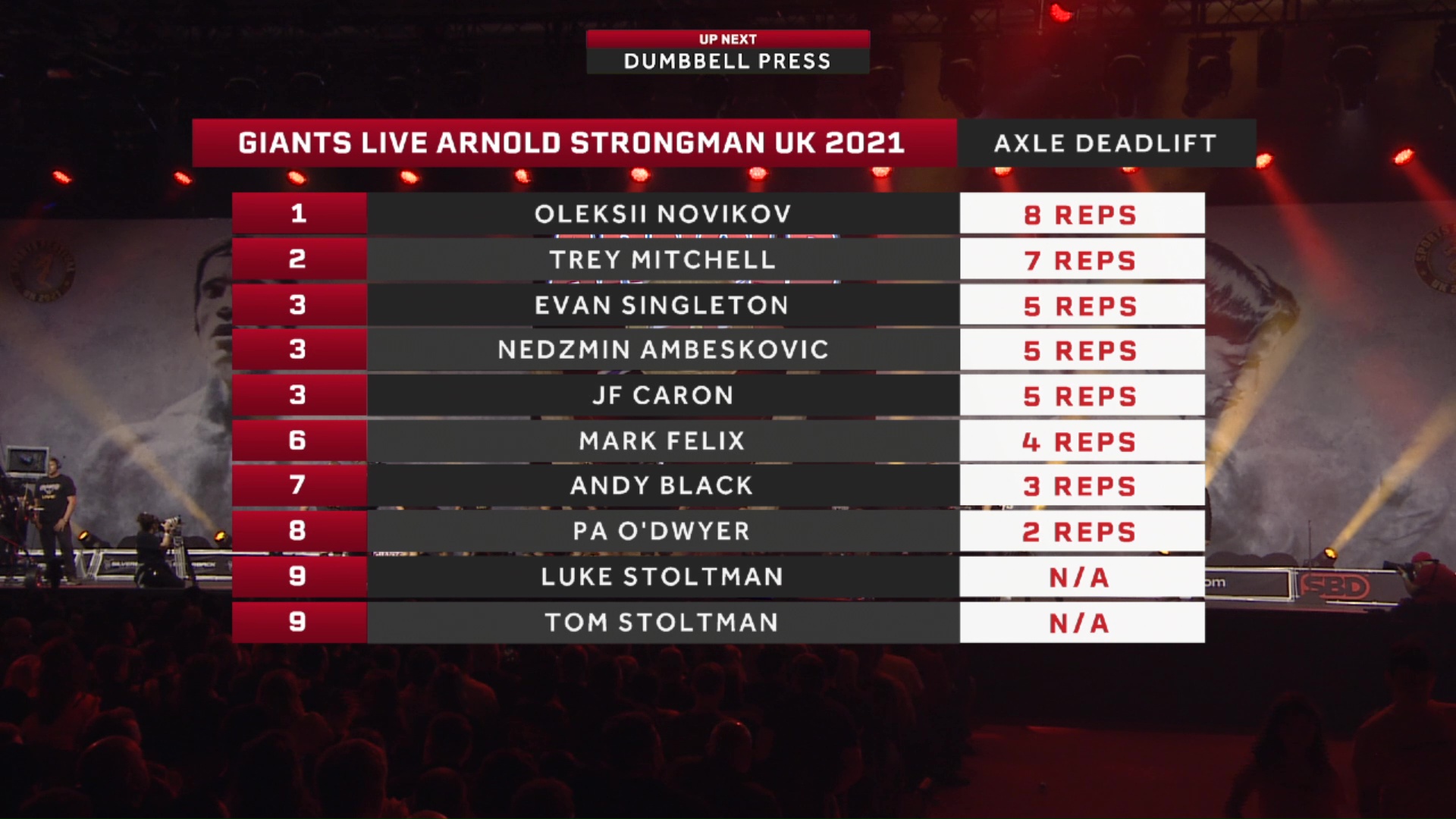 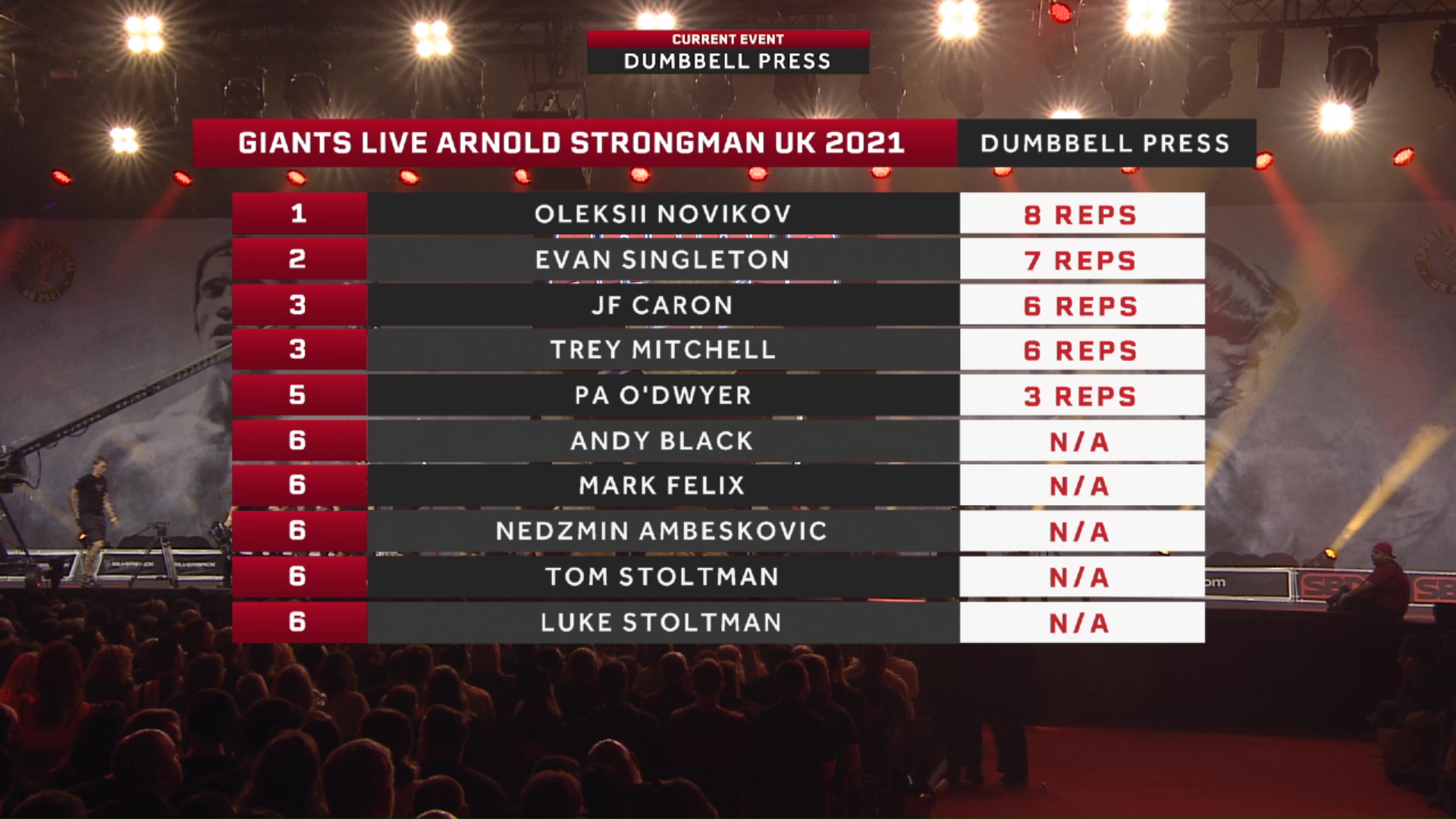 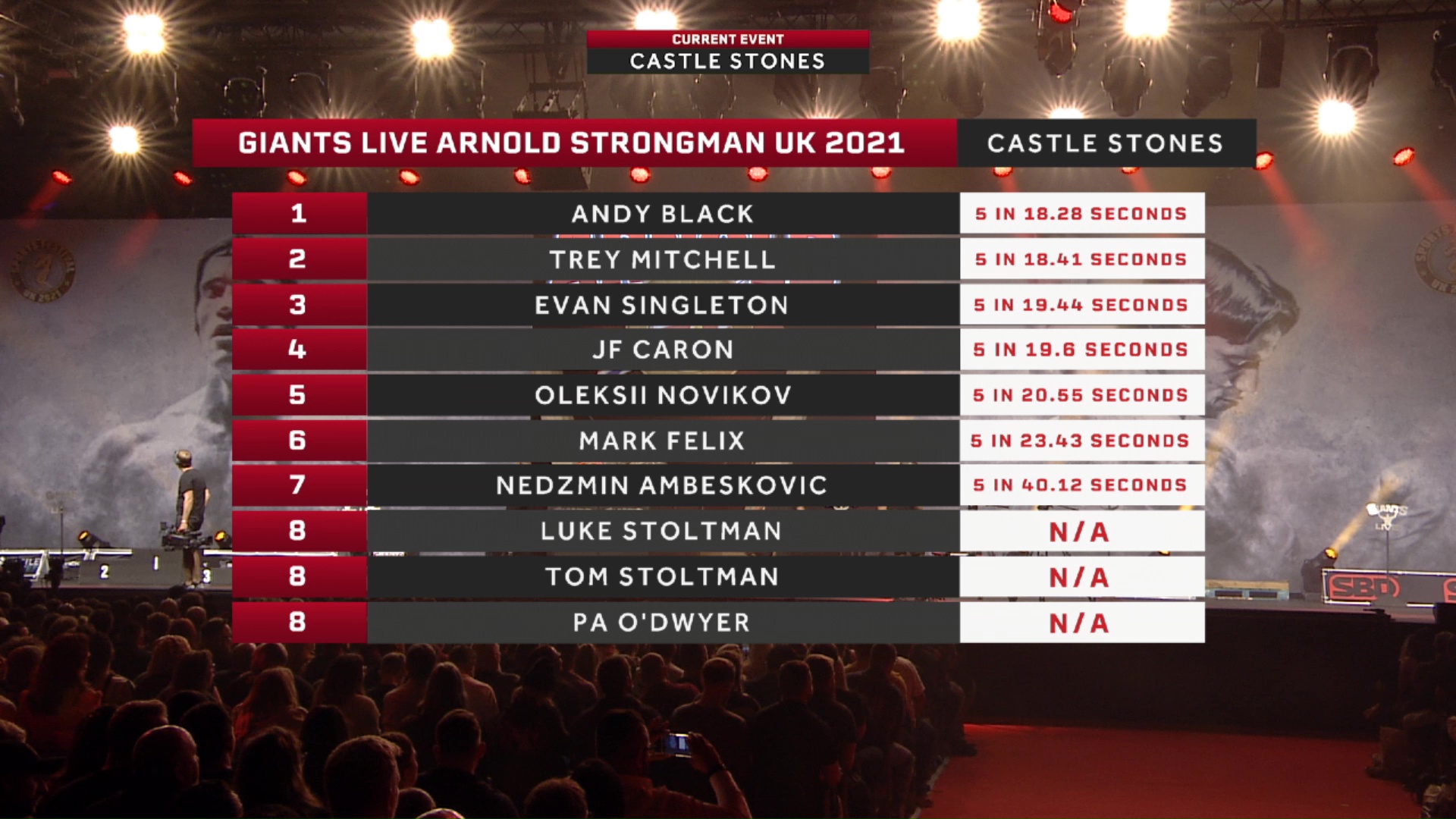 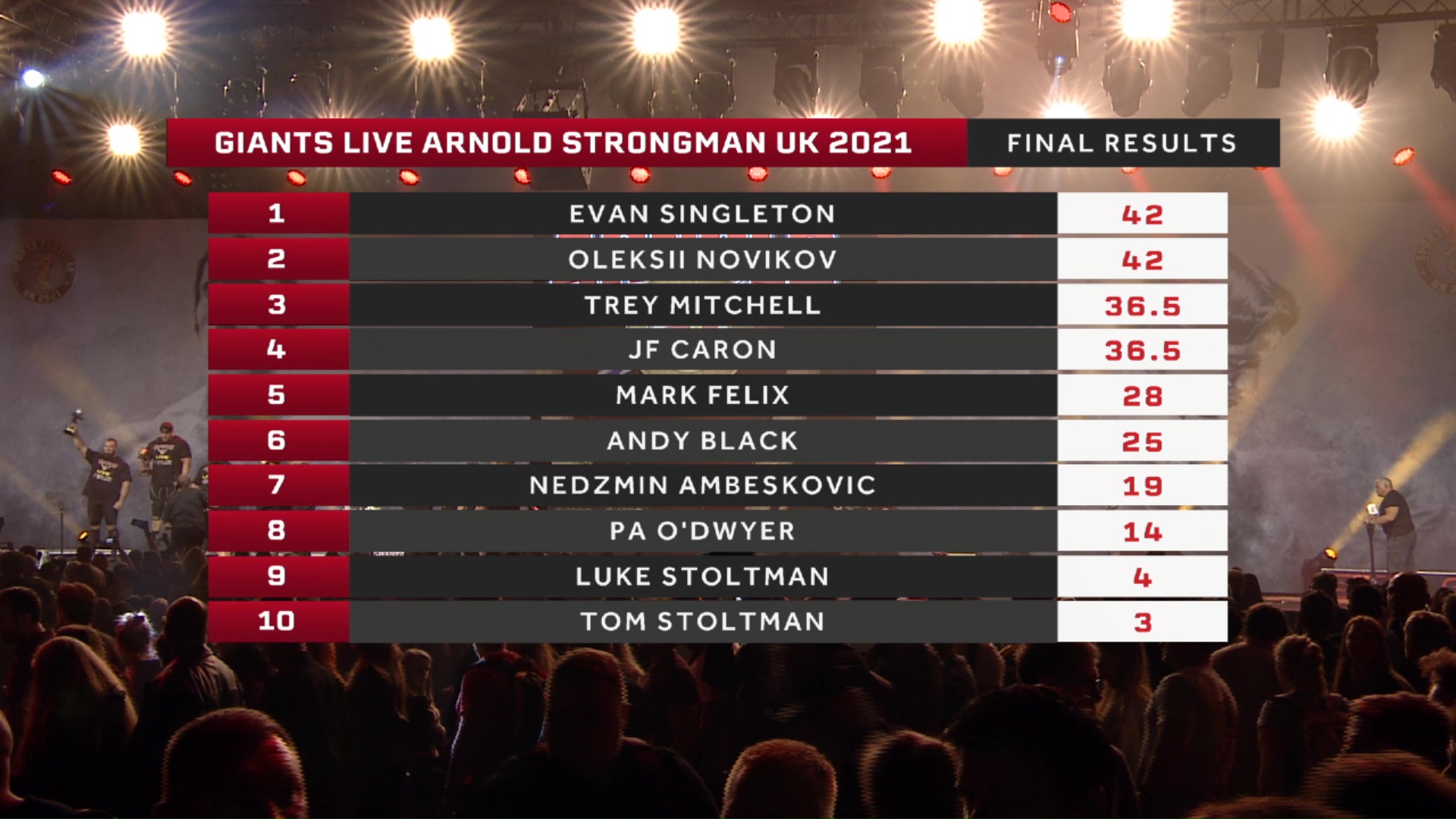